What to Know About Pre-IPO Investing

What to Know About Pre-IPO Investing 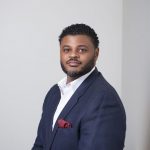 It’s not uncommon for a company’s share price to increase significantly in the first days after it first goes public. Therefore, participating in an initial public offering (IPO) may allow you to see a significant return on your investment.

If you are able to buy shares in a private business before it goes public (through a platform like Urban Capital Management), you may be able to obtain an even greater return on your investment.

Let’s take a closer look at what pre-IPO investing is, the pros and cons of making such an investment and what you need to do to qualify to buy shares in a private company.

What Is Pre-IPO Investing?

A pre-IPO is a fundraising round that allows companies to obtain capital in a predictable manner. This is because the firms themselves get to name the price at which shares are sold at. During a traditional IPO, market forces determine what the stock is worth after it is made available to institutional and retail traders alike.

Therefore, companies can’t be sure that they will be able to raise the capital it wants or needs simply by being listed on a major stock exchange. In most cases, shares are sold during the pre-IPO stage at a discount to what they are projected to be worth in the event that an organization chooses to go public.

Perhaps the biggest difference between venture capitalist (VC) firms and pre-IPO investors is the level of risk the two parties take. A venture capitalist is generally investing based on a gut feeling that a company will be able to scale its operations in a timely manner. A person who engages in pre-IPO investing is typically putting his or her money into an organization that has a track record of success.

It’s also worth noting that traditional VC firms like to have a greater say in the company’s direction. It’s not uncommon for venture capitalists to insist that they have a seat on a company’s board.

They may also ask for advisory shares or other opportunities to participate in future rounds at a discount as a condition of providing an initial round of funding. Typically, those who participate in a pre-IPO round have little say as to how much they pay for the shares that they purchase. Furthermore, it’s unlikely that you would obtain any direct say in how the company operates simply by investing at this stage.

The Potential Benefits of a Pre-IPO Investment

One of the key benefits of investing in a company before it goes public is that you have an opportunity to help guide its future. Although you may not be on the board, early investors often serve as informal advisors and mentors to a firm’s management team. At a minimum, you’ll have access to more information about the business, which can give you more insight into its growth potential over the next several years and decades.

Another good reason to buy a stake in a business before it goes public is that you can acquire that stake for less than its true market value. This means that you have a greater chance of making a profit even if the company’s IPO isn’t as lucrative as anticipated.

The Potential Risks of This Type of Investment

There are two primary risks that you’ll take when investing in a company that has yet to go public. First, there is generally a lock-in period after you acquire your pre-IPO shares. This means that you may be stuck holding a position that could lose value before you are allowed to liquidate it. It’s also possible that you will be unable to liquidate your position when your shares reach your target price.

The second potential risk is the possibility that the company that you have invested in will decide against going public. As a general rule, there is no requirement for companies that engage in a pre-IPO funding round to actually become an entity that is traded on a major stock exchange.

Therefore, it’s possible that your investment becomes less liquid that you thought it would be at the time of the purchase. If the company delays its IPO, you may not be able to get your desired return on investment as quickly as you wanted.

What to Think About When Investing in a Private Company

Prior to investing in a private company, it’s important to have a firm understanding of what it is trying to accomplish. It’s also usually in your best interest to invest in businesses that sell goods or services that you are passionate about. Finally, look for a firm with a management team that has a track record of success and is comprised of people who are just as passionate about the company as you are.

How Do You Invest in Private Companies Selling Pre-IPO Shares?

Final Thoughts on What to Know About Pre-IPO Investing

If you are looking for a way to diversify your portfolio, pre-IPO investments may be worth looking into. Ideally, you’ll talk to a financial adviser prior to putting money into any company that has yet to go public. This person may be able to provide a more objective look at the potential risks and benefits of a given opportunity.